US Treasury Secretary Steven Mnuchin said during a CNBC interview that the Trump administration has decided that the Chinese internet app TikTok cannot continue operating as it does now collecting data on Americans.

Trump's positionTrump has issued an executive order that would in effect ban the two popular Chinese-owned platforms We Chat and TikTok from operation in the US. A recent article reports: "Using executive order authority, Trump gave Americans 45 days to stop doing business with the Chinese platforms, effectively setting a deadline for a potential, under-pressure sale of TikTok by its parent firm ByteDance to Microsoft.The TikTok-specific order states the application would be shut down in the US without "any transaction by any person, or with respect to any property, subject to the jurisdiction of the United States, with ByteDance Ltd."Trump claims that TikTok captured vast swaths of information about users including search history and location. However the US CIA just days ago noted that there is no evidence that the Chinese government has ever even attempted to acquire any private data from ByteDance. The order has reportedly resulted in an attempt by Microsoft to purchase the US among other parts of TikTok's operations. Mnuchin made no mention of Microsoft trying to buy parts of TikTok.Trump wants any buyer to pay the US most of the purchase priceChinese media are loudly complaining about the restriction of having to make such a payment to the US. Even US tech officials have argued that such a restriction sets a dangerous precedent for buying other foreign companies they may wish to acquire in the future.Mark Zuckerburg, CEO of Facebook warned Trump about banning TikTok saying it would set a dangerous precedent for other social platforms.US adopting Chinese notion of cyber sovereigntyAdam Segal, director of the digital and cyberspace policy program at the Council on Foreign Relations, noted that the US is now adopting what he calls a policy of cyber sovereignty rather than its previous policy of a global open internet: "This is really a Chinese idea, that (a country) has the right to separate itself from the global internet by banning or limiting foreign technology, The US used to argue the opposite, that we want a free and open internet."However, other nations including Russia and India are also acting so as to limit the inflow of foreign technology into their countries. The net result will be that internet users will be limited in what apps they can use depending on where they live. Some US analysts noted that the US actions could prompt other nations to ban US social media platforms on security grounds as China is already doing.
Previously published in the Digital Journal
at December 02, 2020 1 comment:

(August 11 )In recent weeks, a recurring problem has been that Russia has intercepted US surveillance planes over the Black Sea as they were caught approaching the Russian border.

Monday saw another interceptionOn Monday another interception occurred as a Russian Su-27 fighter jet intercepted two US surveillance planes near the Russian border over the Black Sea. The Russian Defense Ministry's Zvezda broadcasting service said: "Russian airspace control systems have detected two air targets approaching the Russian state border over the neutral waters of the Black Sea."Many interceptions have happened recently in the same areaRussia has reported at least one interception every week and sometimes even more than one in the same area. It is a mystery why the US would bother to be so active in the same area. The US has no ports inn the area. The planes are generally US Navy-run surveillance planes. The US has not commented on the interceptions.US and Russia test each other's air defensesThe US has occasionally intercepted a Russian plane in US-controlled Arctic areas as it has approached US airspace. The US always reports on such incidents. It is not unusual for both countries to test each other's air defenses by launching such flights once in a while.US Black Sea flights are unusualThe US Black Sea surveillance flights are unusual in that they keep provoking the Russian interception in the exact same area evoking exactly the same response. Perhaps the flights are meant simply to annoy the Russians or give the Navy surveillance planes something to do.
Previously published in the Digital Journal
at December 02, 2020 No comments:

US Treasury Secretary Steven Mnuchin said during a CNBC interview that the Trump administration has decided that the Chinese internet app ... 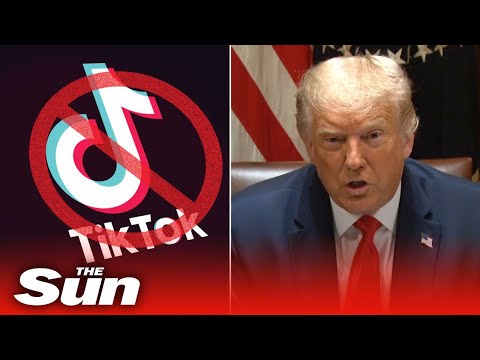 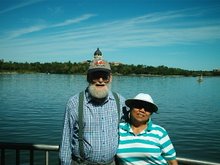